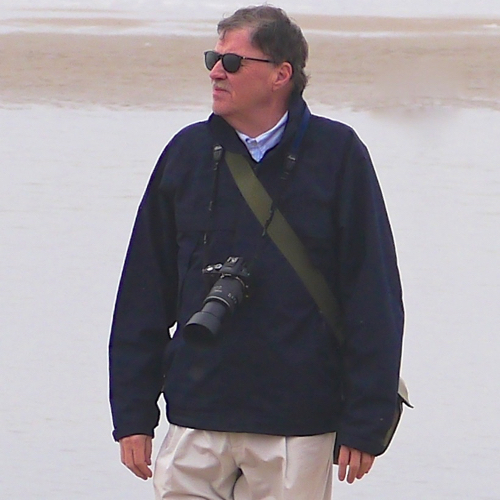 After receiving a traditional education in conventional photography from Sheridan College School of Visual Arts in Canada, Michael Wood worked as an award winning commercial photographer in Toronto for 15 years. In 1979, while becoming increasingly frustrated with the manipulation of perception involved in conventional photography, he began to combine his photographic training, meditation experience and the Dharma Art Teachings of Chögyam Trungpa.

For the next three years he synthesized these three components into what for him, was a new way of looking and seeing mixed with a fresh body of work. These exercises and assignments formed the basis for the Miksang Contemplative approach, which shows us how to synchronize our eye and mind, so that perception is free from pre-conceived ideas, therefore direct and unfabricated. In 1982 Michael was given the Buddhist Refuge Name, Chökyi Miksang (Good Eye of Dharma)

In early 1983 Michael developed a series of assignments and visual exercises, which became the first Level One and Level Two Miksang Courses. In 1984, he developed a course based on the Five Buddha Families, also know as the ‘five styles of creative expression’. Michael taught courses, did Miksang presentations and had gallery shows at various locations in Ontario until 1989.

In 1989, Michael moved to Halifax Nova Scotia, and continued developing and teaching Miksang Courses worldwide. For ten years he was the Audio Visual Producer for the Department of Canadian Heritage and Parks Canada, producing and directing twenty documentary films and multi-image slide-shows for National Parks and Historic Sites in the four Maritime Provinces of Canada.

In 2004 two films were made about Miksang and Michael’s Journey with  Contemplative Photography: ‘CBC Sunday’, and a segment of ‘Quiet Mind: Meditation for Real Life” which can be viewed on the Video and Interviews Page on this site

Michael is the co-author of the book, “The Practice of Contemplative Photography: Seeing the World with Fresh Eyes”, published by Shambhala, April, 2011.

In April of 2015, Miksang Publications, located in Lafayette, Colorado released, ‘Graceful Appearance: Passion, Perception Expression’. The book was a limited edition (100 copies) of Michael’s 108 favorite images chosen from thousands taken over his 35-year Miksang journey and is currently sold out.

From 2008 to 2018 Michael acted as Senior Curriculum Advisor to the Miksang Institute in Lafayette, Colorado.

All content is copyrighted by The Miksang Institute. All Rights Reserved. © 2018